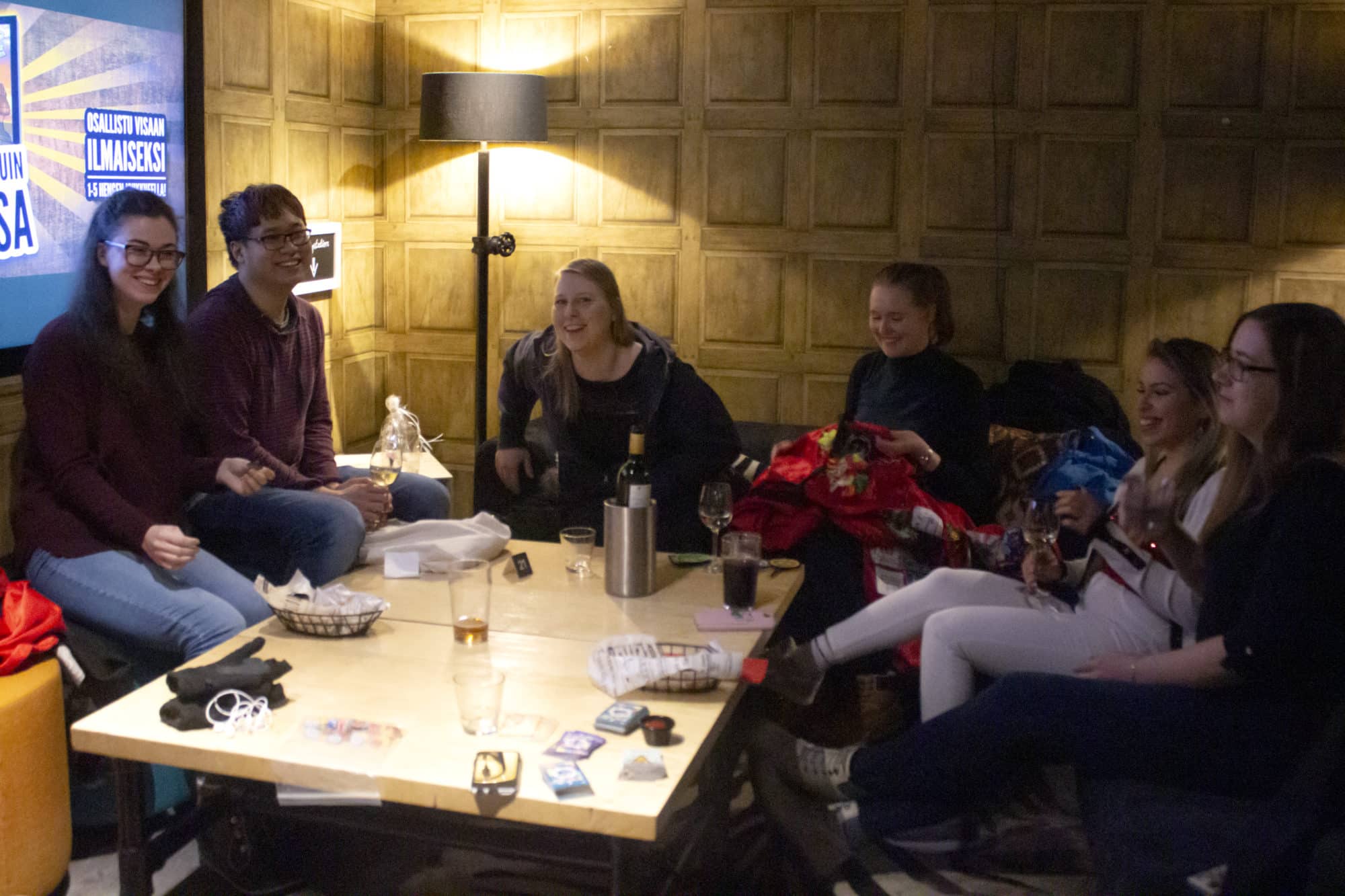 Lanka ry wants to offer a student community for international students. The association arranges events such as monthly hangouts.

Of all the subject associations on campus, there is only one in English: Lanka ry. Although it is not the first one – one previously existed for a program that was terminated over the years – Lanka ry currently acts as a unique phenomenon amongst JYU’s numerous subject associations.

Lanka ry therefore represents all the international degree students of those fields, but also happily welcomes all students – exchange students and locals – interested in intercultural communication.

Lily Obeda, chairperson of Lanka ry, came from the US to Finland for her studies, first in Oulu and then in Jyväskylä. When she arrived in Jyväskylä, she missed the family feeling that she had in her subject association when she was in Oulu.

“I had a really tight subject association there. But here, while there are some groups that have kind of broader goals in mind for exchange students, I didn’t feel like there was something that was purely for me, as an international student of my subject. And I thought, where’s my overalls? Where’s my club room? Where’s my everything? And so, if there isn’t one, make it yourself!”

Born from the desire of having this sense of community that other students get from their own subject associations, Lanka wishes to act as a bridge between local and international students, in order to build a strong community on campus. This is why they chose the name “Lanka”, which translates as the red thread that links us all. The red thread is also a big part of East Asian legends, especially in China, since it represents how two soulmates find each other.

According to Obeda, the lack of English subject association is linked to a lack of internal communication from the University towards international students.

“International students don’t know about subject associations, and Finns don’t reach out to them”, says Obeda.

Lanka’s goal is therefore to reach out to those people and motivate other subject associations to do the same. They’re also working closely with JYU’s staff and teachers in order to promote Lanka, and subject associations as a whole, to Finns and to the international community.

“Being a part of a subject association is crucial if you wish to be kept informed of what’s going on in Jyväskylä as a student.”

“Everybody deserves a family to belong to.”

Lanka’s team is partly Finnish partly English, which enabled them to overcome the administrative language barrier, since most of the official paperwork has to be done in Finnish. They also received a lot of help from JYY, through English trainings and networking events for example, that allowed them to grow quickly and steadily.

“Everybody deserves a family to belong to and I hope to see other people in the future doing some more things, especially for international degree students that spend years of their lives here, and to try to build bridges outwards in the local world.”

People who wish to join the Lanka family can go to their monthly hangouts, each first Wednesday of the month.